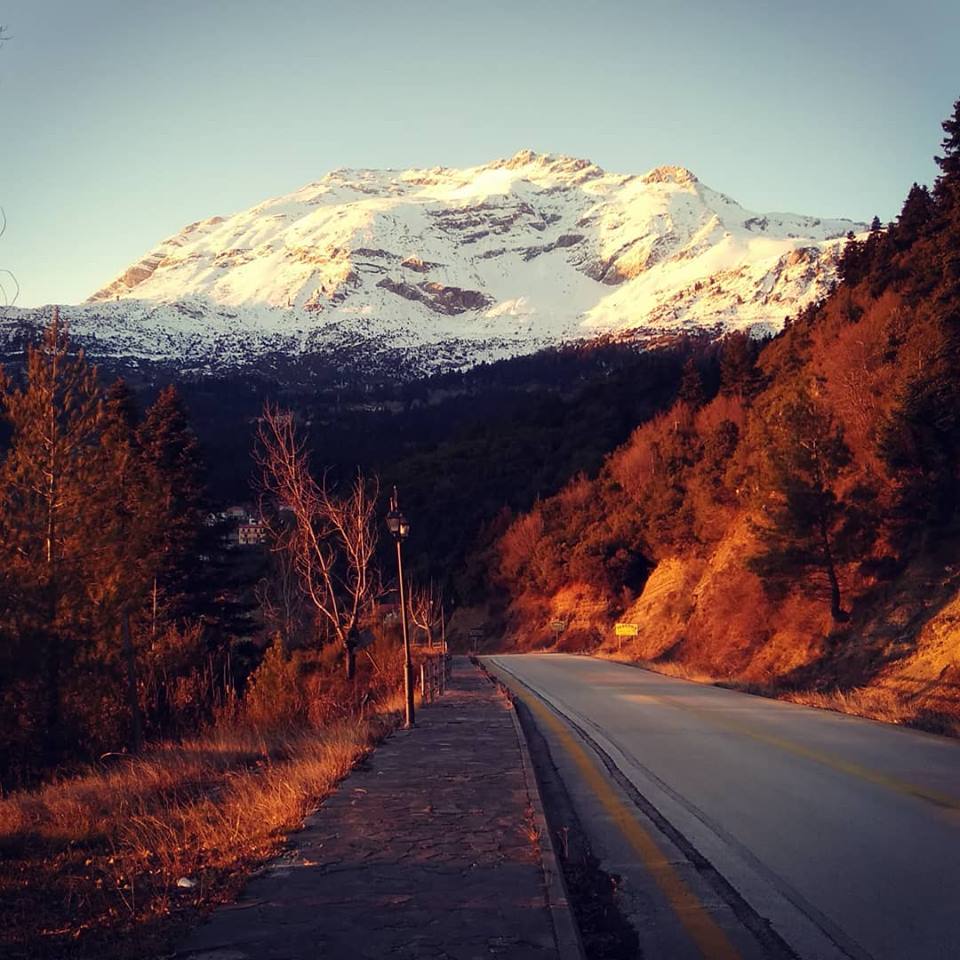 Summer is here and if you have chosen Greece for your vacations, the options are many. In case you are more into mountains than beaches, Epirus is always one of the best places to visit. It is a region in northwestern Greece (map). Its name comes from the Greek word “apeiros” meaning “mainland” or “infinite”. You will be enhanced once you find yourself on the top of an Epirus mountain staring at the infinite land. Nature is the dominant element, but you will find out that history traces are all over these places leaving a rich heritage.
Let me give you a small taste of Epirus by taking you to a cultural walk to Vourgareli…

Our first stop is Arta! It was the ancient city of Ambracia, but it is mainly known for its byzantine churches and monuments. You should definitely take a walk at the famous Bridge of Arta that crosses the Arachthos River. It has been first built in the 3rd century BC, while the current bridge probably dates from the 17th century AD. Another must-do visit is at the Church of the Parigoritissa (= of Consolation), devoted to Mary, mother of Jesus. The church was built during the 13th century AD and it has a rich decoration. Arta has also a Castle, an Archaeological Museum, a Historical Museum as well as a Folklore Museum accommodated in a neoclassical building of 1864. Even a simple walk in the center of this city is like a time travel. Narrow streets, stone paved roads, medieval buildings and ancient ruins; it is all there waiting for the passer-by to discover them.

Now it is time to leave Arta and take the road to Vourgareli. All along this amazing route a green palette unfolds before your eyes, while the purple flowers of Judas trees embellish this stunning scenery even more.  If you choose to go there in winter, nature dresses in white and you have a totally different visual experience. But let’s continue; we will pass by the artificial lake of Pournari and at a certain moment the majestic Tzoumerka Mountains will appear – their other name is “Athamanika”, named after the ancient tribe of Athamanes and their king Athamas. In a high of 800 meters in the slope of Tzoumerka is located the central village Vourgareli. Fir trees surround the village, while the stone-built houses create a perfect harmony with the natural scenery. Water emerges from springs and streams and its sound becomes the natural music of this place. It is said that probably the name of the village comes from the sound of the water (vour-vour). Another version for its denomination is that it derives from the last name “Vourgarelis” who was a woodcutter inhabiting there in the past. Vourgareli is not only a beautiful and picturesque village, but also a place of historical significance.

In ancient Greece, in the place of Vourgareli was located the ancient city Theodoria, built by Athamanes in honor of their king Theodoros. Furthermore, the Tsiouka Hill (in the south of Vourgareli) was a place of strategic importance. It is between the road of southwest Thessaly and Ancient Dodoni (today’s Ioannina), as well as between the northwest Thessaly and Ancient Ambracia. Therefore, archaeological excavations have brought to light several findings, witnesses of the existence of an important ancient city there.

Epirus is also full of byzantine monuments, especially after the establishment of the Despotate of Epirus in 1204. One of the most important historic monuments is the “Red Church” on the road to Vourgareli. It is dedicated to the Birth of Virgin Mary and it was built before 1281, year of its mural decoration. It is called “Red Church” due to its distinct red bricks, while it is also known by other names.

Vourgareli has many churches, but once you go there you must definitely visit the Monastery of Saint George built around 1690. It is a monastery complex, while beyond the main space you will find a “natural courtyard” with a big spring, where you can rest or even have a picnic. Apart from the interesting architecture of the Church and its murals, painted in 1714, this Monastery is also an important historical monument. It was the place where Klephts (anti-Ottoman insurgents) gathered together in order to prepare the rebellion of Epirus against the Ottomans in 1820. A second gathering took place on May 1821, while the first battle was given on 30 May at Kompoti. On 23 September 1823, Omer Vrioni (a commander sent to suppress the Greek revolution) was defeated in Vourgareli and therefore the rebellion of west Roumeli could carry on. The liberation of Epirus came in 1881.

The Second World War would bring more difficult days to the villagers. Vourgareli was bombed and burnt by the Germans in 1943, in retaliation for being the first capital of free mountainous Greece. Witnesses of this tragic incident are two bombs that did not explode and are placed in the central square of the village in front of the Church of Saint Nicholas.

Nowadays, Vourgareli has still traces of its rich heritage, but it has also its modern side. On the main road of the village you can visit the cultural space “Kyttaro Texnis Tzoumerkon”. There you will find some periodic exhibitions and a permanent photography exhibition of Costas Balafas. He was born in 1920 in Kipseli (a village of Epirus) and when he found out photography he dedicated his life in the capture of everyday life and difficulties of the Greek countryside.

It goes without saying that if you visit Vourgareli you must definitely go hiking, since nature is the real treasure of this village and Epirus in general. It is also a good place to stay – there are hotels, coffee places, a bakery, etc. – and organise several excursions to the neighbouring villages, try rafting on Arachthos or Achelous Rivers or visit the waterfalls at Theodoriana. Like all Greek villages it has a big paved square where you may sit and admire the view of the mountains. When the night comes, I suggest you to have a drink at Nitro Club Vourgareli; I am just telling you that the road in front of this bar is called “the road of fun”.

There are so many more to see and experience. After all, you should never forget that you are in Epirus, an infinite land.

A journey to Epirus and particularly to Vourgareli has two sides. On the one side, it is full of colours, sounds and aromas, all coming from the rich natural environment. On the other side, there are plenty of historical and cultural monuments playing an important role in the stream of time.
Nature and culture are harmonically combined and can be easily noticed in every step…

♥ A little more…
The native name of Greece is Hellas or Ellada. In English it is called Greece, which comes from the word “Graikos”, an Ancient Greek tribe of Epirus.

*To check the bibliography and sources check the post in Greek.